This morning I found the fifth dead Mourning Warbler on campus in the past two weeks: Four (including this one on the northwest alcove) at the Noble Research Center and one incidental find just across a small parking lot from the NRC at the Food and Agricultural Products Center.

For a bit of perspective on how unusual this is, i.e., Mourning Warbler is a secretive, migratory transient in Central Oklahoma that is far more likely to be found dead at a window than live on an eBird checklist, this was the 15th Mourning Warbler casualty I’ve found at the NRC since I began surveys in August of 2009. In comparison, I’ve only found 17 casualties over the same time period of the far more abundant and year ’round resident Mourning Dove. 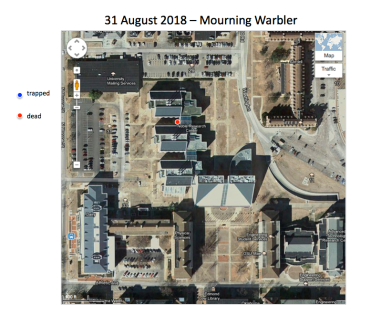 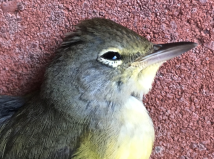 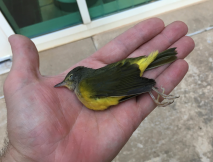 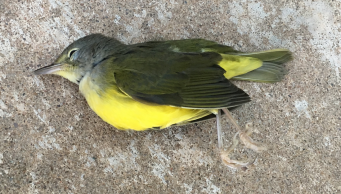 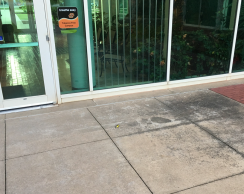 The wave of Mourning Warbler migration continues and the casualties mount. Here is an adult male from the southwestern alcove cut down in his prime with fat = 3 and trauma evident on the tip of the upper mandible. 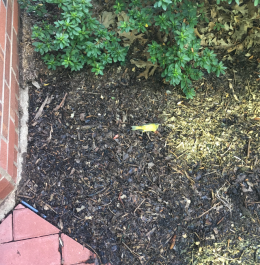 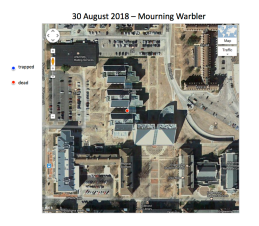 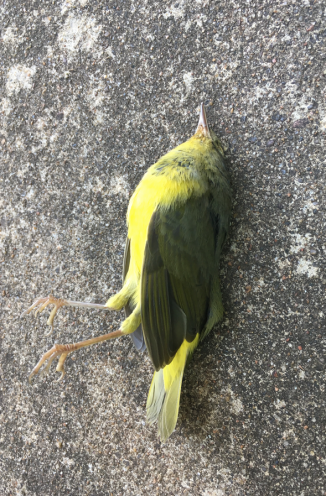