Flight calls abounded last night as I walked the dog at least thrice.  Those calls – little tsips! and tseeps! sounded to me like sparrows flowing from the north after three straight days of strong winds blowing from the south. A quick check of Paul Hurtado’s Nexrad radar birds page confirmed a big push in Midwest and the Plains: 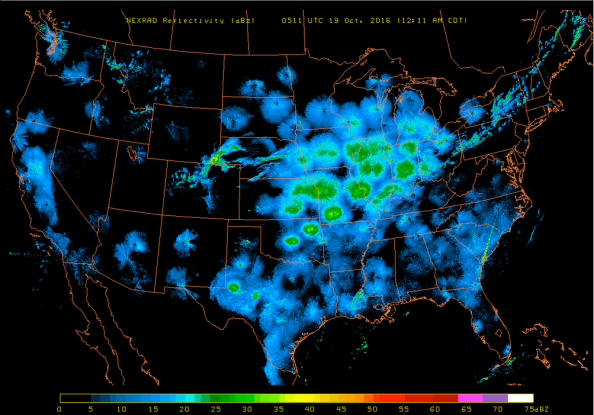 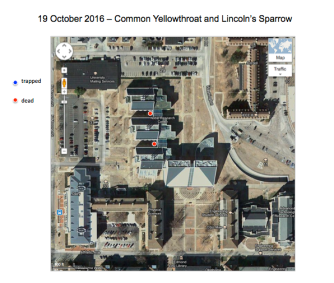 Although casualties continue to pile up in the west alcoves where I’ve treated several windows with ABC Bird Tape, it has so far appeared to be the untreated panes in those alcoves that are claiming the casualties.