This was an odd find, both for species and location.  In monitoring since 2009, this is only the second starling I’ve ever found, despite the fact that starlings nest on the NRC in spring and roost there year ’round. Starlings are pretty well urban-adapted, however, and I guess that explains the infrequency with which I come across them. They either know how to recognize glass as a barrier or they are so likely to perch on the building as opposed to flying past it that they’re more often at a safer “stalling speed” on the wing when they get close.

Except, of course, when they aren’t, and then they’re just as susceptible as any other passerine to death by window. That happened to this inexperienced youngster (HY) at some point over the past 24 hours. I left it in place for a removal trial. 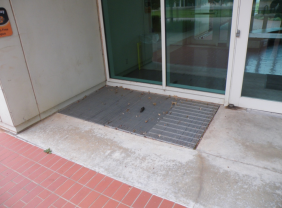 The other weird thing as I alluded above was the location: left side of the main north entrance, close to where the building begins to curve on the east side. 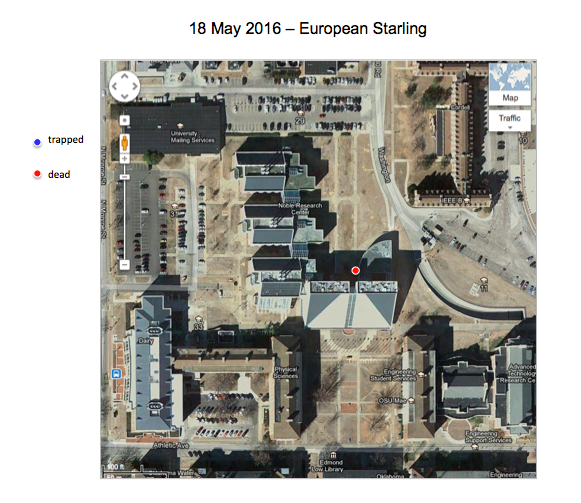